Skip to content
Posted inSafari Lodges
Posted by By admin September 4, 2017No Comments 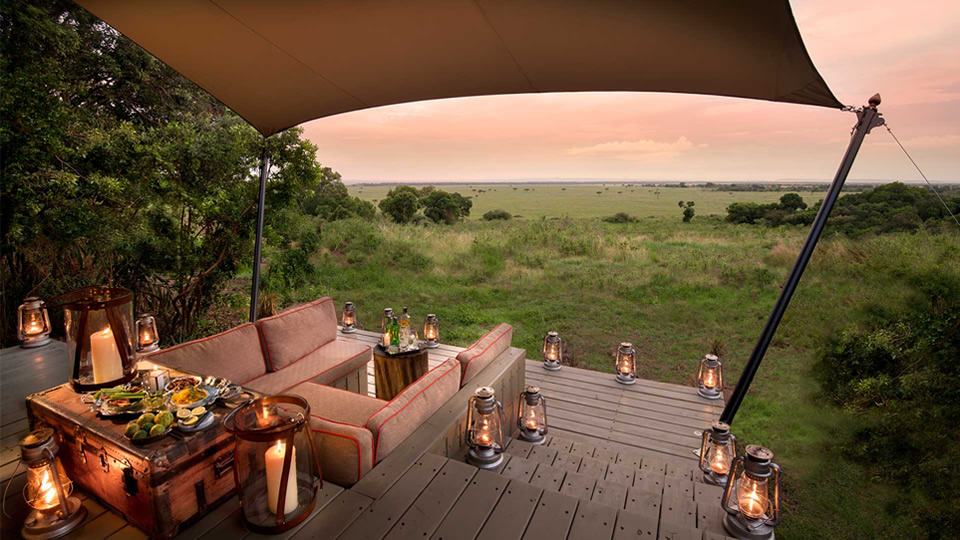 The Bateleur Camp is located on the western border of the Maasai Mara National reserve in south western Kenya. Its set on a private concession rented from the Masai Land lords, this camp also lies at the base of the Oloololo escarpments below the spot where the most famous Africa’s scene was shot. This camp also supervises the plains of the Masai Mara and also lies in the path of what is known to be the greatest sight of the wildebeest and the zebras from Serengeti National park in Tanzania.

This camp has also got 9 nice tents with a shingle roof, a wooded door and the private deck. Each of these tents is well equipped with polished wooden floors and the wooden framed beds, the overhead fan, shower, the twin hand basins, cupboards, the en suite bathrooms, the writing table and the leather chairs. The food includes the pan African cuisine which is served in the woods for dinner and breakfast.

There has been constant maintenance of this camp that began in November and this project has been going on for over 6 months. The tents at this camp will also be rebuilt and renovated, hence increasing the size to an imposing 97m and this will also include both indoor and the outdoor areas. The new features in the guest tents will also include the built in day beds on the private verandas that is; located to admire the views and the open air stone courtyards contiguous to the bath room.

The new appearances will also include the deep bathtubs, the fittings, and the comfortable furniture and the chrome ware. There are also the Al fresh showers that will add a touch of the true safari that butler flaps that will allow for the service which will close and discrete and will be fully modified.

There will also be the lighter telex stone finishes that will contribute to the spacious feel of the suites. There will also be 2 swimming pools that will make an addition to the camp, with an extensive poolside that decks and provides a perfect location for the outside dinning. There will also be a well-equipped fitness centre that will enable the health lovers to be able to exercise in a very full view of a superb Masai Mara panorama.

There will also be a massage sala and the water feature that adds to the tranquillity of the camp. This renovation has been planned to re-collect the reliable vintage safari atmosphere of the camp as it enhancing its sense of luxury and closeness. The renovation started in November when the guest’s areas at the camp were closed and will continue up to January 2018. The camp will remain closed from January to February 2018 with the North scheduled to also re open in March.