Skip to content
Posted inAnimals
Posted by By admin August 30, 2010No Comments 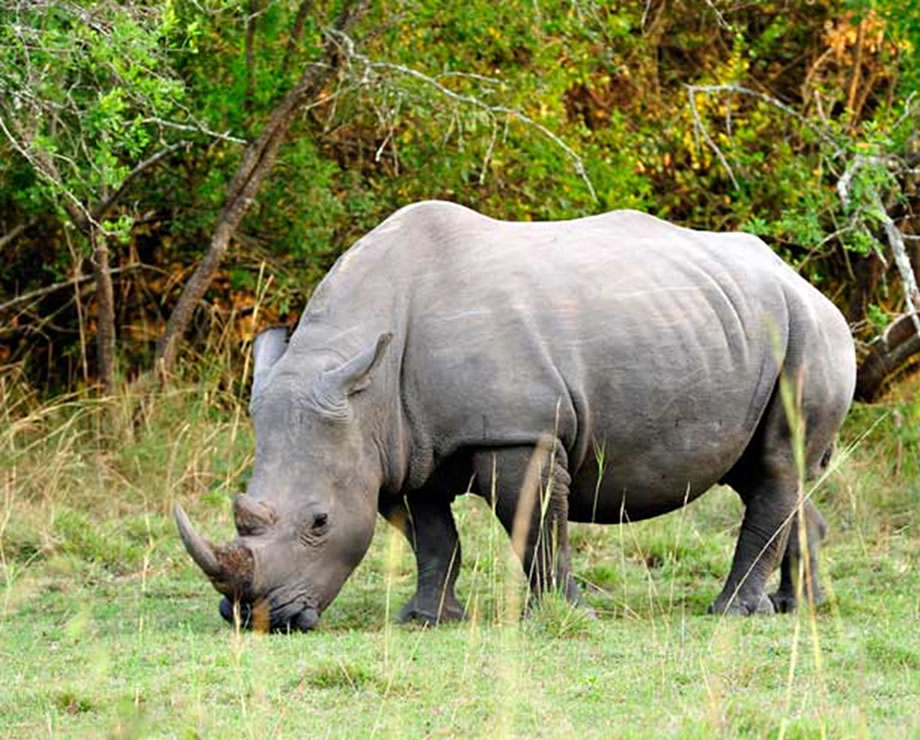 When reading about animals in Africa in safari guides they are divided into meat eaters which is self explanatory and plant eaters which can either be browsers and/or grazers but what does that mean? Well basically it means that a browser eats leaves, shrubs, twigs, and shoots off trees and bushes while a grazer eats grass off the ground and this can be seen best in the two African Rhino species – The Black Rhino and the White Rhino.

White Rhino – look at head held pointed to the ground

The White Rhino is a grazer and eats grass and the immediate difference is the mouth. They have a very broad flat mouth almost like a lawn mower which aids in feeding off large quantities of grass and this is how they got the name the White Rhino as the Dutch were the first European colonizers of Southern Africa and they named the white rhino the “Weid mond rhino”, meaning “Wide-mouth rhino”. The English thought they were saying “white”, so it was all just a misinterpretation of the name. Other differences is their natural head posture faces downward so its’ mouth is always close to the ground while grazing and they are normally found in very open areas such as plains where grass is in abundance.

The Black Rhino is a browser and such a large wide mouth would get in the way while trying to eat individual leaves or shoots so they have adapted a rather small hooked shaped mouth enabling them to pick leaves rather like your fingers would. The black rhinos’ natural head posture is face upward, so there is no need for it to lift its’ head when feeding off trees and they are often found in thick vegetation rather than the open plains where trees and bushes are in abundance.

A remarkable other difference would be if you saw a mother rhino with a calf. A White Rhino calf normally runs in front of its mother, with the mother using her horn to direct the calf by tapping it on the rear thus seeing what danger could be ahead in the open plain while the black Rhino calf runs behind its mother allowing her to clear a pathway in the thick bush and see what’s ahead before her calf follows.

Also White Rhino is a very social animal and it is not uncommon to see 10 or 15 white rhinos moving together and sometime more while the Black Rhino are very solitary and seldom join up with other individuals.

Now if you are on a safari game drive or even watching tv and you see a rhino look at the mouth and see if it is wide lipped or not and from that you can tell the difference immediately. Then look closer and see these differences that make it more adaptable to it’s chosen environment and see evolution at work. Isn’t nature great?

The Bushbuck: An African Antelope that can kill

The tree that whistles at you