Skip to content
Posted inBlog
Posted by By admin June 21, 2016No Comments 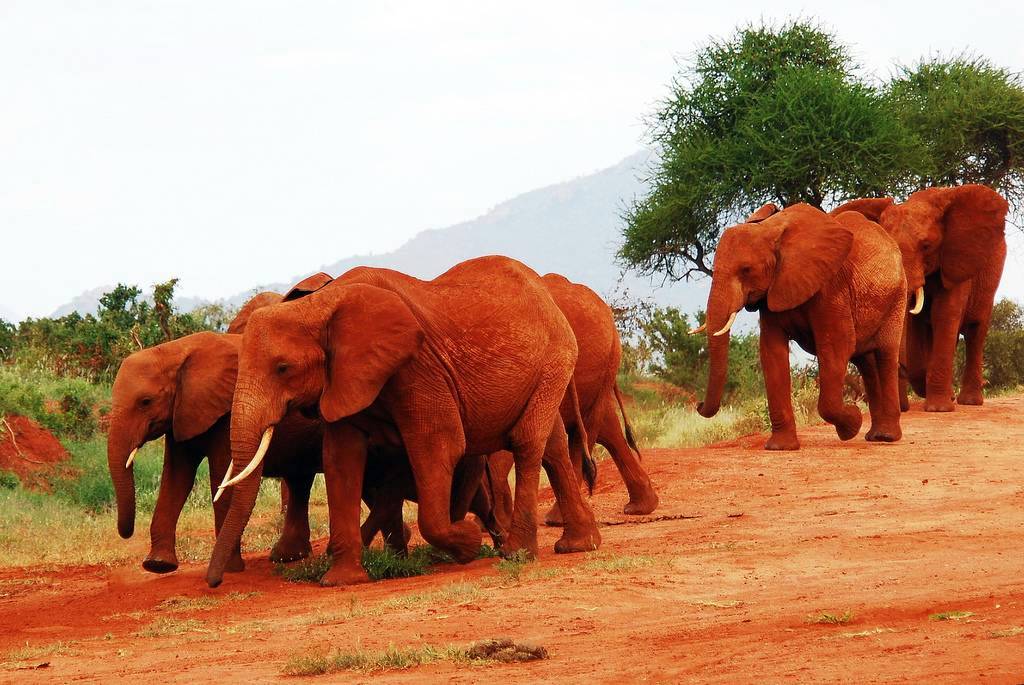 According to my guidebook, black rhinos charge out of fear, confusion, and panic. This happens frequently, due to their terrible eyesight. They have been known to charge tree trunks and termite mounds. I ask Karanja, the Kenya Wildlife Service officer I am following across the dusty thornlands of Tsavo West, a 3,500-square-mile national park in east Kenya, what the plan is in the event the rhino we are tracking charges. “You can dodge them easily,” he says, glancing at his transceiver, which he hopes will lead us to our subject. I hustle to keep up with his giant marathoner strides and think, What about the lions?

Photographer Kevin Arnold and I arrived here on assignment with a high-end safari company, but after a few days rattling around the desert in the van, dodging identical tourist vehicles, we realized we’d have to dig harder for a unique experience. We forced our poor driver to take us to park headquarters, where, interviewing the head warden, we asked if there were opportunities to accompany rangers on their scientific rounds. In fact, he said, there was just such a pilot program for tourists. Striking out cross-country on foot—normally a taboo practice here—sounded exciting. But it’s starting to feel like the time I embedded with a police unit and ended up helping arrest a meth addict who had a homemade bomb duct-taped to his hand.

Instead of finding the rhino—the transceiver turns out to be broken—we stumble upon eight frisky lion cubs, all of whom are delighted to see us, and two lionesses, who aren’t. You have no idea how loud a lion’s roar is until it’s directed at you. “Just keep walking,” says Karanja, his stride lengthening as we veer directly up a hill. The lionesses stand down. Karanja has had closer calls, he says later over a beer, with the assurance of a man who has it all under control. I ask him how many other people have gone out with him on this program. “You are the first,” he says.

DO IT: The Ngulia Rhino Sanctuary, in Tsavo West National Park, allows volunteers to help with the full-moon rhino census in exchange for donations to the program. kws.go.ke/parks.