Skip to content
Posted inExperiences
Posted by By admin June 26, 2017No Comments 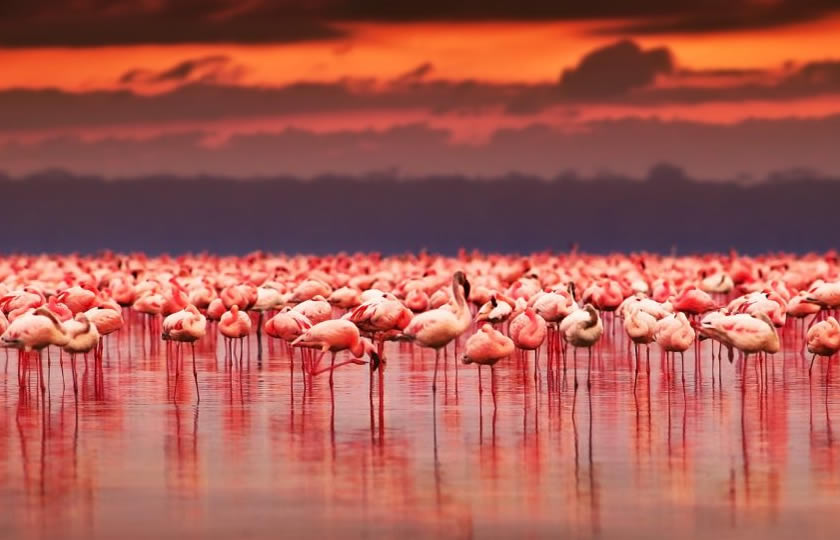 East Africa as whole is a popular tourist travel destination with flights landing and taking off by the minute, in this article however I will not be talking about these spray-painted birds. The region offers some of the richest birding areas in the world with a wealth of different species and habitats. In Kenya, there are more than 1000 known species scattered all over the land from the tropical to mountain forests, in the lowland forests, the grasslands, lakes, and wetlands as well as in the deserts.

The country is favored by good climatic conditions which are characteristic of all equatorial environments. There are alternating wet and dry periods which substitute the summers and winters in the northern and southern hemispheres. This favors the migration of huge numbers of birds from extreme north and south to avoid the harsh winters. As one group, the migratory and indeginous populations of birds in the country offer what has been referred to as an ‘ornithological paradise’.

Birds in Kenya are found in plenty within the parks and reserves but do also overlap into other rich habitats such as lakes (Naivasha and Magadi), farmlands, ranches and forests. Most of the birds in these habitats have grown adapted to motorized vehicles and boats such that they can easily be approached for photographing purposes. Those who would therefore hope to tour the country precisely for birds, have quite a number of places to keep in mind.

Tourists who hope to see the extremely rare varieties of birds should make a point of visiting the highland and bamboo forests as well as Afro-alpine moorland. The best demarcated areas that offer these distinct vegetation zones include The Mount Kenya and Aberdares National Parks. The range is richly populated with the crowned eagle, green ibis, mountain buzzards, scarce swift, hornbills (silery-checked), wood hoopoes, parrots (red-fronted), green tinkerbirds, woodpeckers, starlings and a variety sunbirds among many more species.

The grasslands are also well stocked with a number of bird species which thrive in the vast expanse and scattered woodland vegetation. The attracting birds here include, vultures, secretary birds, wattled plovers, hawks, ground hornbills, eagles, sooty chats, widowbirds, bare-faced go-away birds, rollers, pipits, nightjars and larks. The best place to enjoy this unique spectacle is in Masai Mara. There are also some turaco birds, finfoots, flycatchers and kingfishers that are mostly restricted to the riverine forest and riparian vegetation of the Talek and Mara rivers.

Another renowned bird watching vegetation zone in Kenya is the Savannah bush which is predominated by acacia and grassland bushes. These habitats attract a large number of birds including vultures, African hawk eagle, martial eagle, goshawks, guineafowls, black-faced and chestnut-belied sandgrouses, buff-crested bustard, eremomela, waxbills, wood hoopoes, shrikes, starlings and weavers. These can be found in Meru and Tsavo National Parks and in The Samburu National Reserve.

Water birds are also of great variety found mostly in the Rift Valley lakes: Lakes Nakuru, Naivasha, Baringo and Bogoria. Flamingos are predominantly found in Lakes Nakuru and Bogoria which are strongly alkaline and rich feeding grounds. The diversity of birds in these lakes is however less than that in the freshwater lakes (Naivasha and Baringo). The main species of the latter lakes include, white pelicans, cormorants, herons, bitterns, spoonbills, eagles, gallinules, kingfishers and the black crake.

Other Rich Nests in Kenya

Tourists can also enjoy great birding adventures in overlapping areas such as the Gede and Sokoke Forests which are rich lowland forests. They have a number of unique species of birds such as the sokoke scops owl, cuckoo hawk, Fischer’s turaco, amani sunbird, chestnut-fronted helmet shrike, red-tailed ant thrush and Kenya crested guineafowl. The Kakamega rain forest also offers a wonderful birding experience with an array of species such as the great blue turaco, casqued hornbill, blue-headed bee-eater, grey parrot, woodpeckers, African broadbills, greenbuls and illadopsis.

Similarly, the North Eastern region is also a rich birding area with a number of species adapted to the arid and semi-arid climate. A few species include the fox kestrel, Heuglin’s bustard cream-colored courser, swallow-tailed kite, Abyssinian roller, larks, ravens, Somali fiscal and sparrow, shining sunbird and the Lichtenstein’s sandgrouse.

Most of these birds can be watched in a well-planned safari but may be hard to spot in a rushed tour. It is important also for bird enthusiasts to check out the locally available hand books and field guides on birds to familiarize themselves with the available species and bird watching hots pots.

Uganda’s Gorilla Trekking Permit Price Will Not Increase till 2020

What to Do When Stuck in the Middle of Game Park