Skip to content
Posted inExperiences
Posted by By admin May 13, 2011No Comments 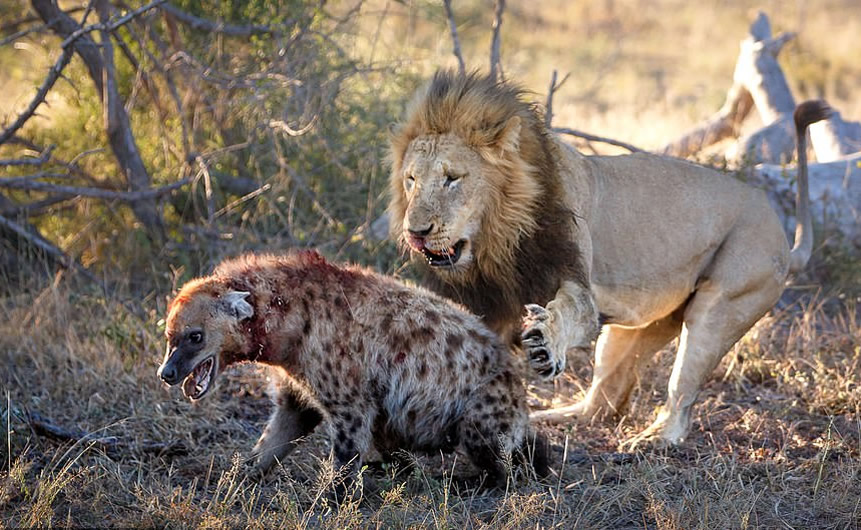 Long ago, already, the Kruger Park’s faithful dubbed the south ‘the circus’ for all the people and animals, the two middle sections were ‘the zoo’ for all the predators and prey, and the far north was ‘the wilderness’ for its relative lack of both. David Bristow first visited the south as a child some 40 years ago, and returned with his children to see if the magic was still there.

If you asked the park regulars to identify the single, very best place to see game, chances are they’d say the H4 between Lower Sabie and Skukuza. The tangled riverine forest, flanked by acacia bush and mixed savanna, is the most fertile and varied in the park. The ecozone is Sabie-Crocodile thorn thicket and the list of typical species will tingle the senses of anyone who knows the Bushveld: tamboti, sausage tree, magic guarri, leadwood, apple-leaf, silver cluster-leaf, bushwillow, knob-thorn, marula and sweet grasses close to the drainage lines. And, of course, that means animals aplenty.

The problem with Skukuza is that it’s no mere rest camp, but the size of a small town. The camp can sleep 1000 visitors in rondavels, bungalows, river-fronting units and group cottages. There’s a large supplies and curio shop, restaurant, take-away, braai boma, library, camp site, doctors’ rooms … even a nine-hole golf course.

But it’s like that for good reason, not least being that it has one of the most beautiful settings in the park, on the southern bank of the Sabie River, beneath giant sycamore figs and in sight of the Selati railway bridge. The main reason, however, is that’s where the first warden, Colonel James Steven-Hamilton, set up shop in the wilderness back in 1902. He chose for his headquarters the only permanent structure in the park – an Anglo Boer War blockhouse.

It was then called Sabie Bridge, but in time was given the same name his Shangaan staff conferred on Stevenson-Hamilton. It can be translated as ‘he who sweeps clean’ or ‘he who turns every-thing upside down’.

Drive in any direction from Skukuza and you cannot but have great game viewing. Even in the height of tourist season go just five kilometres and the crowds start to thin out. I have sat and watched a pack of wild dogs on the Doispane Road (S1) for over an hour virtually by myself in the middle of July school holidays, while everyone else had headed back to camp for breakfast, around 08h30.

The best game drives from Skukuza begin northeast on the H1-2 to Tshokwane picnic site, stopping at Elephant, Jones, Leeupan and Siloweni water holes, followed by a big fry-up at Tshokwane. Next is west on the H4-1, taking it very slowly along the Sabie River to the bridge (H12). This is best done at dawn and dusk when animal sightings are more magical in the soft, golden light filtering through the riverine forest. Third is east along the less-travelled Doispane Road (S1) to the Albasini Ruins, for the quiet and chance of seeing something special. Finally, head southeast then south on the H1-4 to Nkulu picnic spot on the Sabie River, for lion, leopard and elephant. This is the so-called ‘leopard triangle’ – but look out for other game such as giraffe, bushbuck and steenbuck.

The best way to see game
It was mid-May when Getaway chose to research the park, generally a very quite time, being early winter and between major holidays, as well as after the overseas tourism season … or so we had presumed. First stop in the south was supposed to be Lower Sabie: it’s supposed to be the best, together with Satara, for game viewing in the whole park. I was hoping to get accommodation in one of the new tents but couldn’t get in at all, so we spent an extra night at Crocodile Bridge. Croc Bridge is located on a loop of the Olifants River, the park’s southern boundary, and turned out to be among the very best.

Nigel Dennis says in his Where to Watch Game in the Kruger National Park that Croc Bridge “is probably one of the most underrated in the entire park. As well as having a high density of general game, there is an excellent chance of seeing all of the Big Five in this area.”

Normally, old Kruger hands will tell you, the best way to see game is to sit and wait at water holes in the early mornings and late afternoons. This year the problem was copious, very late summer rains. Well into winter there was still green, dense and high grass and bush cover, as well as water everywhere. You had to work extra hard to find game, though we still managed to see the Big Five. We also spent more time than usual enjoying the little things. One time we stopped a car behind us to allow two stick insects to cross the road … then the car squeezed past and promptly crushed them.

New visitors to the park are customarily frantic to see the big and hairy animals, and in doing so miss much of what Kruger has. Most often they end up chasing away the very animals they are trying to see.

It will be different in a normal, dry winter year, but the only productive water hole in this area was Gesant-fombi Dam just two kilometres from camp on the H4-2. Otherwise, the tarred H4 north and dirt S25 east were by far the best game-viewing routes. Elephant, white rhino and buffalo were particularly apparent. For cheetah, among the best places are the open plains along the Nhola Road (S28) … but forget Nhlanganzwane Dam which proved a long drive to see not very much at all.

Hippo Pools a short way west of camp on the Crocodile River gives the chance to get out your car and take a walk down to the pools with an armed guard. The rock art there, alas, was all but washed clean by the 2000 floods. Given that the paintings might have been there for 2 000, or 20 000 years, you can get an idea of the magnitude of that recent deluge.

From brave beginnings
The park was opened to visitors in 1927. A few cars visited that year and they all headed for Numbi Gate and Pretoriuskop, the first rest camp. Black-and-white prints in the reception give you an idea what a trip to the park used to be like: no luxuries, shops or petrol stations; in fact not much but cold water tanks and camp sites. Today you’ll get a smile and free glass of chilled fruit juice at reception.

Pretoriuskop was my first taste of Kruger, and the two things that impressed me most back then were the semi-natural rock swimming pool and hyenas patrolling the perimeter fence at night – nothing had changed. The pool is a gem, together with the surrounding tree garden and picnic area. Among the many impressive specimens is a huge and unusually spreading Natal mahogany (Trichilia emitica) that has been dubbed ‘the indaba tree’. It was under this tree that the region’s first section ranger, the legendary Harry Wolhuter, held his staff meetings. We found the camp has become home to a herd of very intelligent and fat impala, who no longer have to worry about predators.

This is the western-most, highest, coolest and wettest part of the park, characterised by impressive granite kop-pies and, in all but the driest times, tall sour grasses and dense bush (predominantly bushwillow and silver cluster-leaf). Consequently game viewing can be challenging. On the other hand it is scenically the most attractive and there is certainly no shortage of general game. Another attraction is the fair chance of seeing rare antelope including sable, tssesebe and mountain reedbuck.

For me though, the main attraction of the area is the explorer-trader history: Francois de Cuiper sent from the Cape in 1725; Portuguese trader João Albasini, Greek store owner Sardelli, the Voortrekkers, notably Andries Pretorius (although the area is named after his son, Willem, who is buried near the camp), and of course Percy Fitzpatrick and his brave dog Jock. You can follow the Voortrekker Road (H2-2) from Numbi Gate to Crocodile Bridge and stop at many historic places along the way.

Proudly into the future
The first rondavels were built in the early 1930s and they reflected the isolated and Spartan conditions in which the biltong-tough rangers lived: wattle, mud and thatch, with one door and no windows. Over the years they did become more comfortable, but the first modern camp built was Berg-en-Dal, in 1984. If the camp and gardens haven’t won an architectural or landscape gardening award, someone slipped up.

It’s one of only six rest camps that has a swimming pool. The buildings are all angular, dark clinker brick and there is also a camp site on the ‘far’ side. The focus of camp is the Rhino Trail that meanders under spreading riverine trees along a dam. It has resident crocodiles, fish eagles nest above and, depending on the season, is used by many more animals.

Surrounding is Malelane mountain bushveld, with bushwillows (Combretum spp) being by far the dominant species. It is quite similar, ecologically, to Pretoriuskop, but game is more abundant including leopard, lion, hyena and white rhino. Kudu are common, while sable and mountain reedbuck are among the ‘specials’.

The camp and surrounds are good for birds, but then you could say that about the entire park. Perhaps even more than the background comings and goings of the game, frequent visitors seem most impressed by the abundance of birds, particularly an amazing arrray of ever-present raptors.

One thing’s for sure: a visit to Kruger has never been better. And this despite all the tourist buses, mini-vans and open game-drive vehicles short on manners; and despite the fact that there doesn’t ever seem to be an off season anymore; despite parts of Kruger being commercialised or privatised – in fact the food has never been better, and the public areas and new private concessions together have access to less than 10 per cent of the park; and despite the very un-PC snarling lion-skin carpet I saw for sale in the Skukuza curio shop .

After Table Mountain, Victoria Falls and the Great Pyramids of Giza, Kruger has to be am

Victory for Kalahari Bushmen as court grants right to water